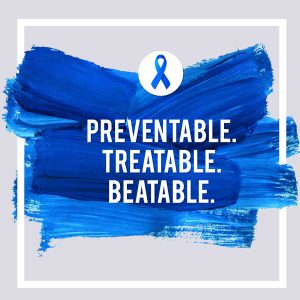 Colorectal cancer is the second leading cause of cancer related death in the U.S. resulting in more than 50,000 deaths every year. The vast majority of colon and rectal cancers arise from polyps that grow over years to become cancerous. This allows the detection and removal of polyps during colonoscopy and therefore prevention of many cases of colon and rectal cancer. Screening for colon cancer has largely been a success story with the incidence of colon cancer declining steadily over the past two decades. But a closer look at the numbers reveals some alarming trends that led the American Cancer Society (ACS) to release an updated guideline for colorectal cancer screening with a major change recommending starting screening at age 45 for average risk individuals.  Previously the guideline recommended starting screening at age 50.

Data show a similar prevalence of large polyps in adults aged 45 to 49 years and 50 to 54 years. This points to the disease prevention potential of beginning screening at age 45 years.

The modeling report prepared for the USPSTF 2016 colorectal cancer screening recommendations determined that, for all modalities, strategies with screening beginning at age 45 years generally provided additional life years gained (LYGs) at a lower number of additional colonoscopies than strategies with screening beginning at later ages. However, beginning screening at age 45 years while maintaining the 10‐year-screening interval, resulted in an increase in the estimated lifetime number of colonoscopies. Ultimately, the USPSTF elected not to recommend the younger starting age, judging that the estimated additional LYGs would be modest.

The modeling analyses used for the 2016 USPSTF update were based on historical colorectal cancer incidence data from the prescreening era (1975‐1979) to reflect risk without the influence of screening on incidence.

On the basis of the recent trends in colorectal cancer incidence before age 55 years, the American Cancer Society worked with 2 of the groups that provided the models for the USPSTF 2016 recommendations, to reexamine optimal screening strategies, with emphasis on the influence of observed trends in incidence on the age to begin screening. The analyses were similar to those carried out for the USPSTF, with the principal exception of adjusting risk proportional to the observed increase in incidence in adults younger than 40 years. The models also accounted for the higher proportion of tumors in the rectum and distal colon observed in the incidence trends among younger adults.

The strategy recommended by the model under the increased‐risk scenario was screening colonoscopy every 10 years from ages 45 to 75 years, which, compared with screening every 10 years from ages 50 to 75 years, had 6.2% more LYGs and 17% more colonoscopies per 1000 adults over a lifetime of screening. This strategy was chosen as the benchmark strategy because it had the highest LYGs. Other model‐recommended strategies for adults aged 45 to 75 years under the increased‐risk scenario included annual fecal immunochemical test (FIT), computed tomography colonography (virtual colonoscopy) every 5 years, and flexible sigmoidoscopy every 5 years.

The ACS guideline development group acknowledged that the absolute benefit expected from screening in adults aged 45 to 49 years was lower than that in other age groups for which screening is currently recommended but judged that the tradeoff between reduced colorectal cancer mortality and incidence and increased number of colonoscopies was favorable.

The trends of colon and rectal cancer affecting younger individuals are concerning and the consequences are serious. Screening average risk individuals aged 50 years and older resulted in a significant decrease in the incidence and mortality of colorectal cancer. The analyses used by the American Cancer Society are similar to the ones used by the USPSTF for the 2016 recommendations but they did take into account the recent trends in the incidence of colorectal cancer in younger individuals. Starting screening at age 45 results in 6.2% more life years gained. This comes at an expense of 17% more colonoscopies.

I believe that we have to offer our average risk patients colorectal cancer screening starting at age 45. The patients certainly deserve to be informed of these new data and recommendations. Coverage by third party payers is the main question that remains to be answered.  It is our role as healthcare providers and advocates, to keep fighting for more access to screening and for coverage by third party payers.

It is important to note that around 50% of colorectal cancers are attributable to lifestyle factors such as cigarette smoking; excess body weight; diet, including high consumption of alcohol and red and processed meat and low consumption of fruits/vegetables, dietary fiber, and dietary calcium; and physical inactivity. Thus, there is an important opportunity to reduce risk across the population through lifestyle modification.