Yoga and Your Health: Real, Science-Backed Reasons Yoga Is Great For Mind-Body Health 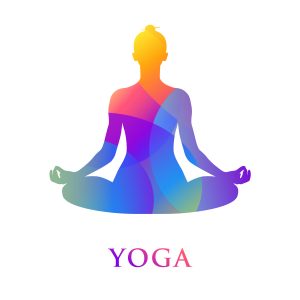 The relationship between psychological (mind) states and physiological (body) effects has fascinated the medical imagination for generations.

One of its most exciting developments? The interest and rise in the practice of yoga. Yoga’s stress relieving, calm-inducing reputation deserves all the health hype it has been receiving lately.

Yoga practice goes back literally thousands of years, with many different philosophies and techniques focusing on improving health.

We’re not talking the occasional controlled breathing exercise. It’s the association of the mind and the body – and what sustained yoga practice can do for mind-body health – that’s got us talking today.

What does “mind-body health” mean?

Doctors and scientists interested in behavioral medicine explore the interdependent relationship between physical health and mental well-being. They study how stress, anger, anxiety, or depression can negatively affect our physical health, and how reoccurring moods of happiness, joy, or gratitude can boost a person’s physical well-being.

It’s because of behavioral medicine we know humans have a “fight or flight” stress reaction that increases heart rates, raises blood pressure, and sharpens awareness, among other things. Modern equipment now allows us to scan and track brain neurons that trigger these kinds of cognitive and emotional reactions. It then allows us to see how those reactions change our bodies in all sorts of interwoven ways.

Cue this emerging practice called yoga. Behavioral medicine’s research has lent some serious credibility behind the mind-body bonuses to practicing yoga. If you’re still not convinced, here are four reasons to sign up for a yoga class.

I know, I know. Most people have already heard about the calming effects of yoga. But not many people understand why it has this effect in the first place.

Turns out, the relaxing power of yoga lies in the autonomic nervous system (ANS), the part of your overall nervous system that controls the bodily functions you never have to think about doing. Think breathing, blinking, beating your heart, and digesting food.

The ANS has two main branches, the sympathetic nervous system (SNS) and the parasympathetic nervous system (PNS). Though easy to confuse, the two regulate opposite stress states: The SNS will work with adrenaline to help you deal with stress and crisis situations, raising your blood pressure, sugars, and heart rate, and moving blood and oxygen to your leg and arm muscles. (That good ole’ “fight-or-flight response again.)

Conversely, the PNS brings you down from stress. It slows your heartbeat and returns blood flow to your digestive and reproductive organs in a process informally dubbed “rest and digest.”

Not only does yoga lower cortisol levels – which, if too high, correlate with depression – it also encourage your body’s PNS to create that internal relaxation necessary for overall, long-term health.

Yoga improves sleep, which restores cognitive function (among many other things!)

As the building blocks behind brain tasks like attention, information retention, and memory, your cognitive functions are critical. They’re why you’re able to remember your best friend’s birthday, understand a work assignment, help with your kid’s math homework, and know your route home.

In a series of studies conducted by the Division of Sleep Medicine at Harvard’s Medical School, patients with chronic insomnia were asked to try eight weeks of yoga.

The study found that among participants who maintained the yoga regimen, there were improvements in sleep efficiency, reduced reports of fatigue, reduced use of sleep medicine, and increased overall sleep time.

Getting proper sleep is a bedrock of health. Besides making us “feel good,” the proven benefits of sleep run from steady metabolism, proper immune health, and, yes, optimal cognitive function.

Yoga makes you stronger and more flexible, which strengthens your bone, joint, and muscle health

According to the Arthritis Foundation, yoga is a leading complimentary therapy for patients suffering from joint pain.

The gentle poses and smooth, fluid movements make it an ideal low-impact workout. For individuals experiencing joint pain at any age, it’s important to maintain some kind of physical activity to keep joints flexible and muscles active.

What’s more, most yoga poses are meant to increase muscular endurance – a muscle or muscle group’s ability to repeat contractions against forces. (i.e. What allows you to swim laps, lift weights, heck, even move heavy furniture.)

After any kind of exercise, your muscles, joints, and bones need time to repair. Yoga has been shown to shorten these recovery times while still maintaining proper tissue growth. This allows you to exercise regularly, which, in turn, supports all kinds of mind-body health.

In a 2017 study, a team from the University of Southern California followed participants across a three-month intensive yoga and meditation retreat. The team wished to assess how stress affects the neurology, or nerve networks, of the immune system.

Among the nerve-immune system patterns tracked before, during, and after the retreat, researchers were surprised to find one of the largest changes included an increase in anti-inflammatory immune cell secretions known as cytokines.

Not only did participants have a jump in these anti-inflammatory cytokines, but they found a measured decrease in pro-inflammatory cytokines as well. The study discovered the yoga and meditation practices positively impacted overall physiological and immunological markers of stress-induced inflammation.

In other words, when your immune system is under stress – from a virus, bacteria, trauma, etc. – immune cells react to the damaged tissue, releasing “swelling” chemicals in order to isolate whatever it deems as the problem.

When in a prolonged state of stress, your immune system becomes aggravated and acts accordingly. A healthy immune system aided by yoga is better equipped to regulate these states of inflammation, leading to proper immune function.

At the end of the day, it’s important to remember the subjective aspects to yoga. While many “yogis” report decreased feelings of stress, increased happiness, and a general sense of wellbeing, in the medical world that simply isn’t enough. Luckily, we now have more scientific reasons than ever to endorse yoga.

If you would like more information on yoga or behavioral medicine, schedule an appointment with Digestive Care Specialists at 301-288-1319.